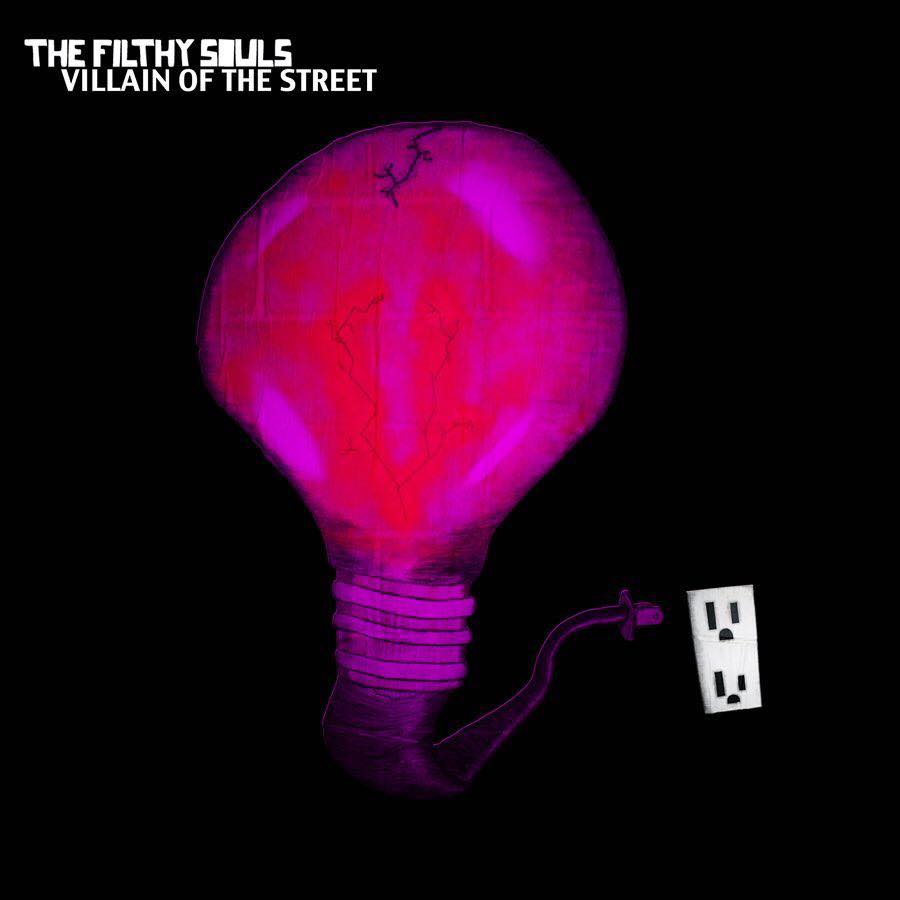 It’s been a while since The Filthy Souls released new music, which makes their new album a lot more exciting. I still remember when their first EP came out – so good! You’ll actually find a couple of songs from their EP in the new album which I still love listening to. However I’d like to talk about their new music and share a bit of background on their album, Villain of the Street, as well as my favorite songs from it.

One thing I like doing when I’m about to listen to a new album is playing the songs in order. I’m usually a shuffle kind of girl, but when it comes to a newly released album I need to listen to it as it is. It makes me feel like I understand the album a little more and the story behind it. When I first played Villain of the Street, my immediate thought was that it was quite different from their other music; I think there’s a lot more going on in terms of genre variance, which I’m totally into. The album was recorded at Jaraf House studios in Wigan, England and it was produced and mixed by Dave Green and John Kettle.

“The album includes some songs from the first Filthy Souls Save Me EP released in 2011 I had a bunch of songs recorded that had never been released to the public so I put together a compilation of my faves.”

1 – Moonlit Dance: This song has a very cool and awesome feel (little did I know it’s about Ed Gein who was a serial killer in the 1950s). I really enjoy the electric guitar because it adds a very old school vibe to it. I also find Moonlit Dance as a reminder that I need to continue listening to this type of music. For the past few years I’ve been more open to different types of genres and exploring new music (which is always fun). Still, it’s always nice to go back to your go-to genres because it brings back memories.

2 – California Save Me: I think this might be my #1 from this album because I’m currently living the Cali/LA life, which I’m still fairly new to.  It’s probably the most exciting thing I’ve ever done in my life and California is definitely growing more on me every day. The songs’ lyrics remind me of my personal goals and this new journey I’ve created. Plus, one thing I don’t get tired of, is realizing so many songs in the world have nods to California that I never really understood before, but now I do (yeah I’m late on this).

“California Save Me was written about a journey to California in hopes that it would save your soul and find yourself.”

3 – Now I’m Gone: This might be just me, but I hear some Johnny Cash in this song. It was actually the first song recorded and the one that set the tone for their entire album. I also think this is a song most people can relate to, because it talks about missing that special someone and wondering what they’re up to now that you’re gone. Who hasn’t been there?

4 – Boys Will Be Out For A Fight: Although this song has been out for a while it never gets old. Every time I listen to this it makes me want to stand up and jam the fuck out. I also picture them in this dark scenario with leather jackets emphasizing this very dark rock vibe. I’ll always have mad love for this one!

5 – Shootin’ Stars: This is just a very fun song. It’s eclectic, lively, and very rock and roll. Just listening to it might cheer you up, you know? It’s one of those jams that just puts you in a good mood.

You can find the rest of the album here.