If you’re looking for new songs to jam to that will also put you in a relaxing chill mood, then you gotta check out HTHAZE’s music. For those not familiar with HTHAZE, he is an Atlanta based RnB/Pop solo artist who recently released his second album, “Aporia” which has a very smooth vibe to it.

“Aporia is my second album and it took my friends and I over a year to write, produce, record, edit, and to mix and master everything into one cohesive piece of work. A ton of heart went into the project.”

My favorite track from the album is definitely “Bad4Me” because of its melody and its lyrics. We’ve all had that one crush that we know is probably not a good idea, either because he/she is a bad influence or because of what that person changes you into. That boy/girl we want so bad, but we know deep down we’re better off without. This is what this song reminds me of.

“The single off of the album is called Loose Lips but I am most proud of Bad4Me and Everything feat. zyyn.”

However, as mentioned above, the single off of the album is called “Loose Lips” which has a very interesting story to it. This is a song about cheating told by the cheater, which kind of turns the table since we usually listen to songs about being cheated on, revenge, heartbreaks, etc. 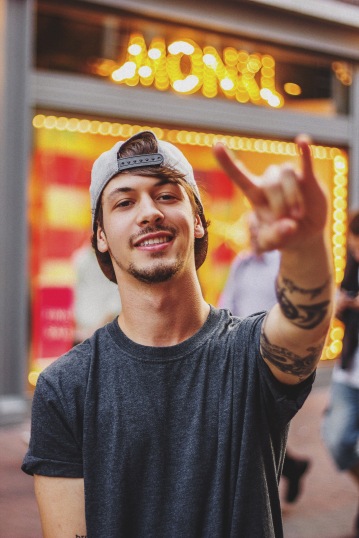 “Loose Lips is told from the point of view of a homewrecker and it is about how an unhealthy relationship can be destructive to not only the cheater but the cheat-ee. It is a hyped song that you can definitely bop your head to!”

As any other person, HTHAZE also has his favorite artists, such as The 1975 and Hoodie Allen, but for his new album, he took a lot of influence from Terror Jr, Jeremy Zucker, and Pryde. You should definitely check out the covers his also released, “Red Bone” and “ILYSM” being my two favorites.

For more info make sure to check out his social media and go give Aporia a listen.