Dallas native Boy Epic recently released new music, more specifically, a haunting new self-directed video for his song ‘Trust’ which premiered with Playboy. He has been described a “cinematic pop maestro” for his passion to merge film and music and he also directs all of his music videos himself. He’s developed a following since 2014 due to his YouTube channel and his ‘Fifty Shades’ music video with over 40 million views worldwide.

Not only does Boy Epic stand out due to his artistry and unique music, but the name itself is something that caught my attention. Why Boy Epic? “At first it started as a joke, and I planned to change it, but then realized it represented everything I wanted to accomplish with my career. It’s given me the opportunity to create and develop a character for my songs and videos.”

He started his musical journey by uploading originals then moved on to sharing covers of different songs. “I wanted to spend more time on my originals. I wanted to take my time and find out who I was going to be for the world,” says Boy Epic. Once he found what he really wanted to do, he started doing what he does best, merging film and music.

One of the movies and songs that have influenced Boy Epic to do his music are Cameron Crowe’s ‘Vanilla Sky’ and ‘Simple Man’ by Graham Nash. Yet, what does Boy Epic look for in movies and music? “The story is by far the most important to me. Also, the emotional connection to the character(s). If all those things exist in a movie I watch, it inspires me to write a song which then leads to my own ideas for music videos”, he says. 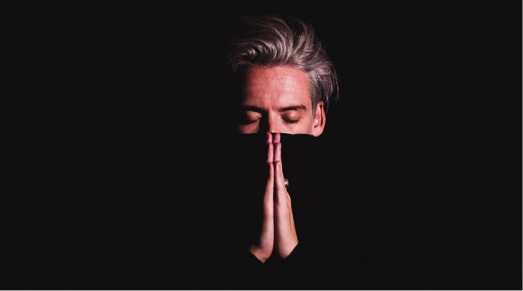 This darkness can be seen in his new music video ‘Trust’ which makes it so much interesting. Aside from darkness ‘Trust’ has a lot going on and it represents a mixture of things. “First, one of my top 5 movies is Inception. I’m obsessed with the dream concept. Putting my own spin on it has been extremely rewarding and exciting. As far as lyrical content goes, it represents something I feel all of us have/will experienced at some point in our lives. That is the battle of self worth and trust.”

Boy Epic is currently working on new songs that will be coming our way soon, songs/videos that he’s very proud of. “…subjects that are very personal and private to me. That being said, you can expect nothing but legitimacy. I’ll always give you that”, he says. As far as live shows go, Boy Epic is looking into touring “I’ve already been in rehearsals, and I’m so close to being ready. I want to put a unique spin on my live show, and give my audience an experience. I want them to feel like they are watching/feeling a movie.”