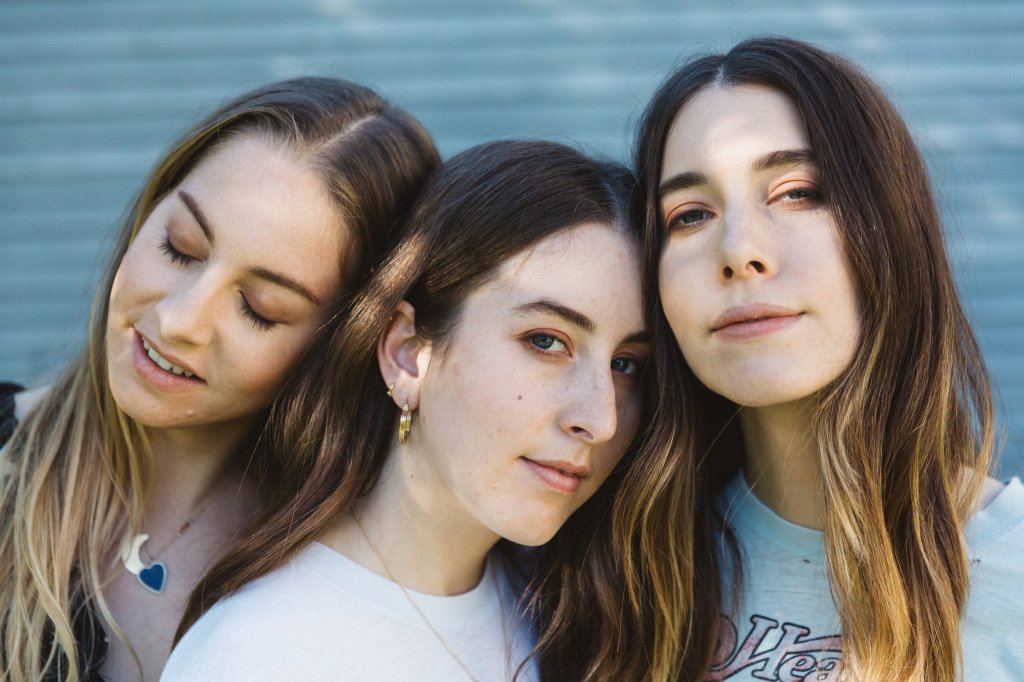 I recently started listening to this band known as “Haim.” Their indie rock music is very calming and the lyrics to their songs are accurate. This band is formed by three sisters (Este, Danielle, and Alana) from Los Angeles, California. They do have a music history and I believe they belonged in a band formed by their other family members, which I think is quite awesome.

Haim is literally what I have been listening to every day for the past few months. I find their music quite soothing and at the same time eclectic. One of my favorite songs from them is “The Wire,” but I do enjoy all of them. I think the lyrics to this song are very true when dealing with a similar situation, however, they somehow give a twist to it and the video is awesome!

Another thing about Haim that made them stand out, was their style. As I have mentioned before in my previous posts, I love that rock and roll casual look. Each sister has their own thing going on, yet at the same time, they have similarities in their wardrobe. Also, all of them have long hair which I think makes them portray the sister image.

The fact that a band is formed by sisters who all have talent makes it more special. They are very unique compared to other bands. It somehow reminds me of the female version of the Jonas Brothers, although Haim is way better!

For those who are interested, they are coming to Dallas on October 8th. I’m not sure if I will be able to go, but I will for sure be seeing them at Austin City Limits Music Festival (ACL).