It’s been almost a week already and my feet still hurt from all the walking I did last weekend at Austin City Limits (ACL). I’m sure I’m not alone when I say that after a music festival one is left feeling exhausted. Anyways, this year I decided to go on Sunday of the second weekend festivities; it might sound a little cliche, but I usually go to music festivals only when I feel strongly about an artist in the lineup, and this year that was Atlas Genius. 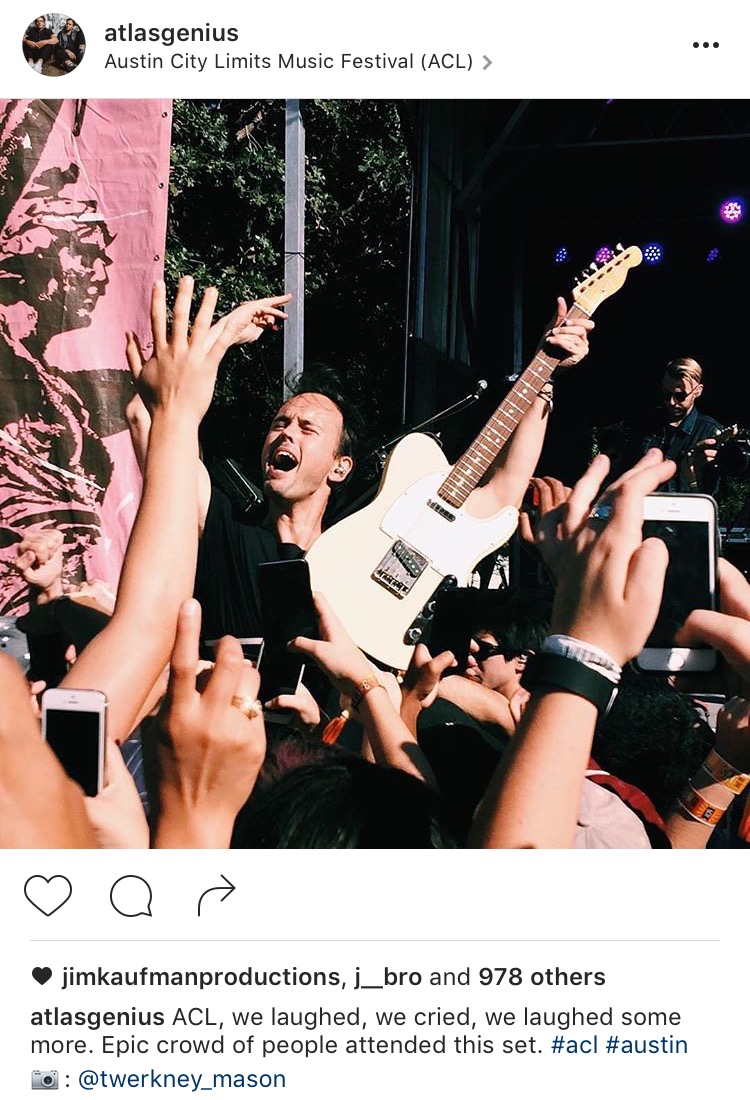 I arrived to ACL on Sunday morning feeling a bit tired from a lack of sleep, but that didn’t weigh down on my excitement to see Atlas Genius perform live for the second time. The first time I saw them perform was in Dallas at the Granada Theater back in April. I almost decided not to go because I was sick and a storm hit the city that night, but I’m glad I didn’t.The struggle of not feeling 100% that night was a hassle, but worth every second. And although I only attended the festival one day, it was more than enough and just as fun. I’ve been listening to Atlas Genius for some months now and I can’t even begin to justify how good they are. This Australian band has talented songwriters as well as performers and they’re pretty down to earth with their fans, which is always a plus.

It’s one thing to like an artist’s music, but when they have such an amazing stage presence everything changes, at least that’s what I believe. So, the first thing I did when I arrived to ACL was go check the stage Atlas Genius would be playing in. It was honestly pretty small compared to all the other ones and my first thought was that I’d be able to take good pictures and videos. Still, Atlas Genius attracted a huge crowd despite their small stage. I remember being front row and seeing people backstage reacting to the audience and taking numerous pictures. I’m pretty short so I had no idea the amount of people I had behind me. 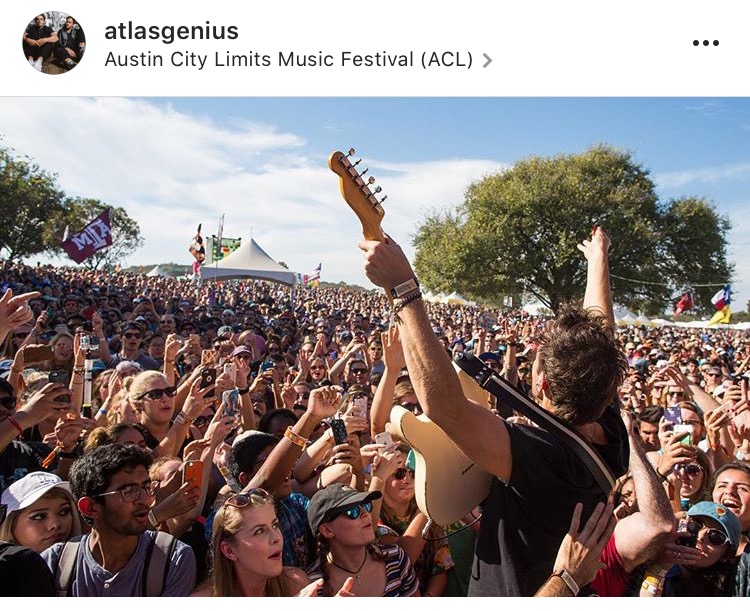 Seeing all the pictures after the show made me very happy, and I’m sure it made Atlas Genius even happier. Their set was incredibly amazing and it felt nice to be able to feel 100% this time and sing along to all of their songs. Keith Jeffery, lead vocalist and guitarist, always has such enthusiasm on stage and towards his audience, which enhances the crowd’s experience. I’m really hoping for a new Atlas Genius album and more Texas shows! I honestly wouldn’t mind seeing them perform every weekend, yes because they’re that good.

Here are a couple of videos from their ACL performance: