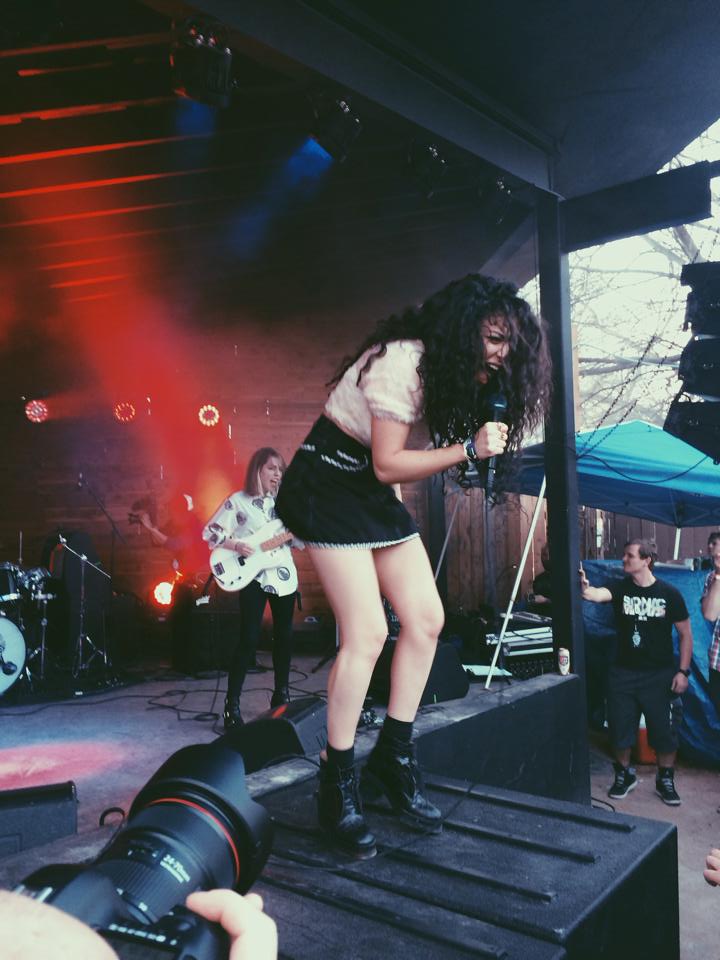 I had always wanted to see this girl live and I finally did during SXSW. Charli XCX, British singer and songwriter, put on quite a show at the Applauze Showcase on Monday night. Honestly, the crowd was very calm until after her performance where she had everybody dancing.

Charli XCX has recent collaborated with Iggy Azalea –an Australian recording artist– in the song “Fancy” which they performed at the MTV Woodie Awards also in Austin. Unfortunately I couldn’t be there, but I’m more than sure it was a pretty cool show.

Charli XCX, not only has the voice and the attitude, but she also has the style. At the Applauze Showcase Charlie XCX wore a vintage Versace skirt together with a fluffy light pink crop top. The Versace skirt was what made the outfit unique. She had my friends and I admiring it during all of her performance.

I would most definitely go see Charli XCX again and would recommend it to anyone. Even though you might think she’s not your style in music, the way she puts on a show will make you love her.

I took several photos and videos during this showcase. You can find a mini clip I put together on my Instagram –chabechrod– and here are several photos of that day.

Make sure to check out her latest music video of her new single SuperLove.